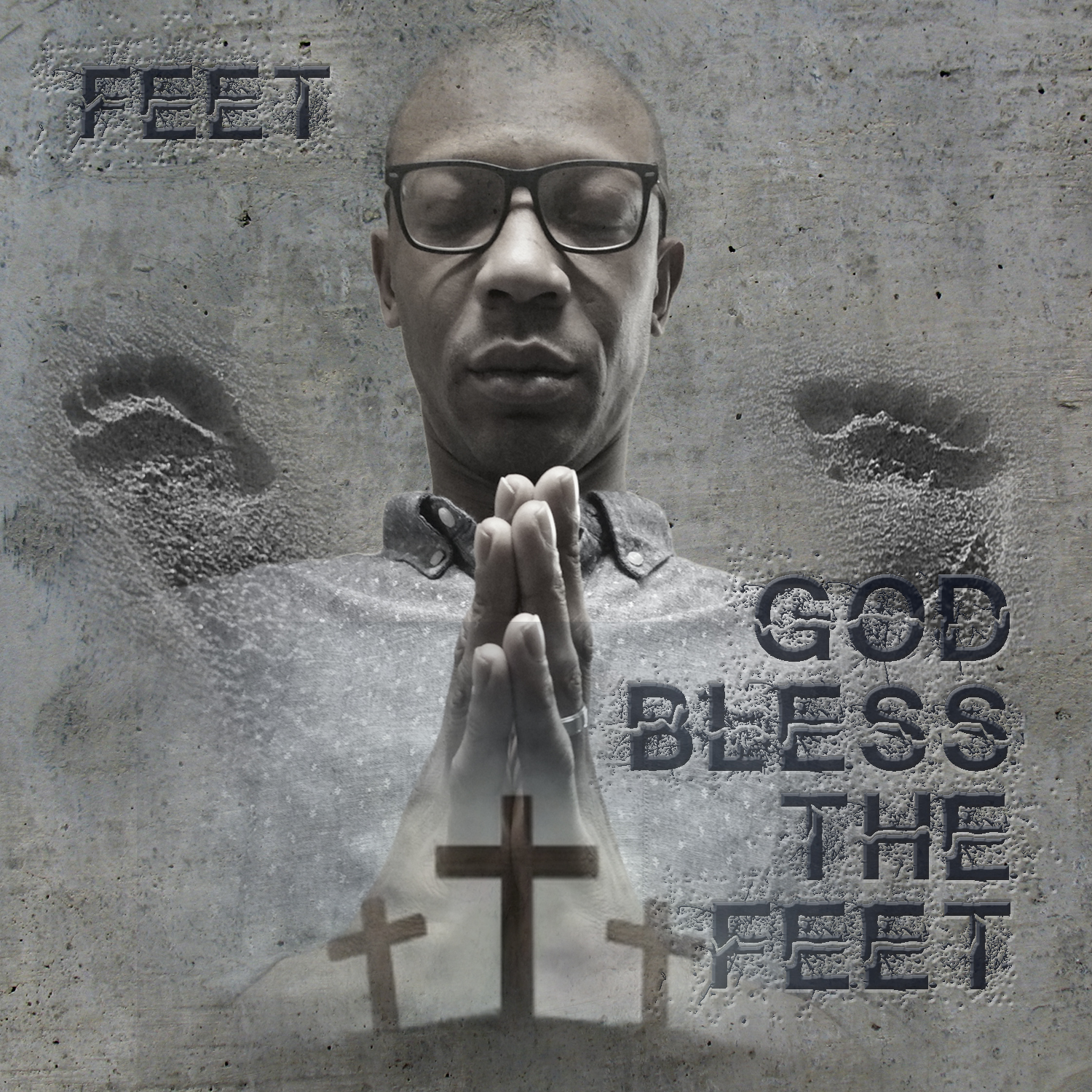 God Bless The Feet is the first full length studio album from Mo City’s own George Simpkins, also known as Feet.  It was preluded by the Blessed Feet EP.  GBTF is 17 tracks for pure fire as Feet spits over down south, west coast and trap beats telling the story of Jesus Christ with his personal testimony.

Click any of the links below to purchase a digital copy.

God Bless the Feet was inspired by the Scripture Roman 10:15. I have been a part of countless mixtapes including Hardhead World and Representing Hardheads, endless solo songs including My Verse is Fire and Never Count Me Out and many features including Understanding by JT the Golden Child, If I Didn’t Pray and Wave Yo Hands To Jesus by Poetic Prophet. God Bless the Feet is my solo project.

The majority of the album was written before I received the beats, then rewrote once I found the perfect beat. All the lyrics on the album where written to lift up Jesus, witness about Jesus, or testify about the greatness of Jesus. While writing the album I wanted the lyrics to stand with secular songs, but still holy. Many of the songs are testimonies telling firsthand how Jesus helped me. While other songs on the album, paint a picture or tell a brief story. I wanted the lyrics as vivid as possible to make sure that the message of the song was understood clearly. All songs on the album are very lyrically. On God Bless the Feet, I wanted to let the world know that Gospel rappers can rap.

God Bless the Feet took over a month to record. All the songs were recorded at Mo. Serious Studios. The studio sessions were closed session. Only select people, outside of the artist on the album, were allowed in the studio while I was recording. I wanted to keep a positive and holy atmosphere without outside interruptions. I believe that was important to keep such atmosphere while recording this album.

The features on the album all come from the Mo Serious roster. Poetic Prophet was one of two artists to write a song without me on the album. I chose one of his old classic verses as an interlude and he also featured on the song, “Hold On”and “Seriously”. . Franklean is another Mo Serious artist on my album and the song he is featured on is , “Preach”and “Seriously.” The title of the song actually came from one of his ad-libs. Lela is the only true singer on the album. She is also my writing partner. She is featured on “Hold On, Make Me New”, and wrote “Lift up My Eyes”. JT, the Golden is heavily featured on my album. He recently recorded his Christian debut album entitled, “Untold Stories. JT is featured on “Live By, Die By, Kingdom Representors,” and” Seriously.” The last feature on the album is Soulja Story. Soulja Story is a long time rapper collaborator. While making the album, I knew I wanted Soulja Story to be a part of so I decided to put on “Kingdom Representors.”

God Bless the Feet is a collection of Gospels raps filled with lyrics and bars proclaiming the greatness of Jesus. I tried to spread the Gospel on every song. The purpose of the album is to reach the non-believers and tell the them the Good News, to encourage the believers with songs of praise, and to raise the level of Gospel Rap.