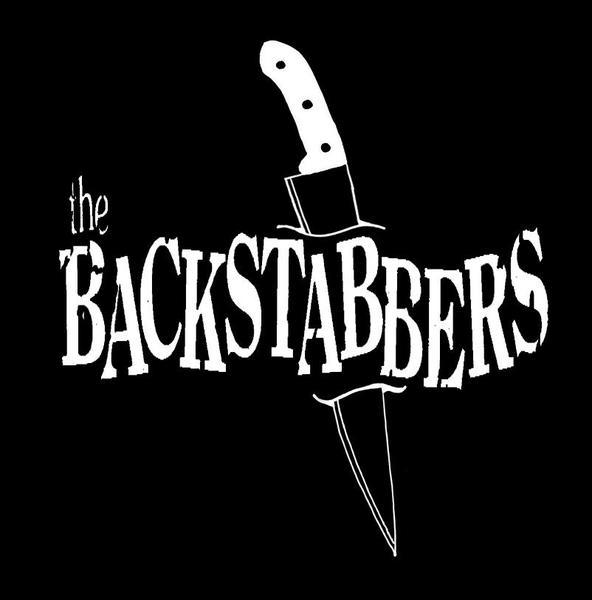 Depending on who it is, determines how they will back stab, or betray or be deceitful towards you. You know what hurts the most about being betrayed…when it comes from someone who you admire…someone you look up to. Somebody who you wouldn’t dare do that to. We looked at David a couple weeks ago cause he did something so humble by not killing King Saul. We all love David, he was a great man of God. He did amazing things for the Kingdom. He also did alot of things wrong. He did plenty of things God wasn’t pleased with. We’ll look at one of his biggest mishaps and use it an encouragement. I want to talk about Backstabbers.

You never know who is really out to get ya. Usually its the ones who you respect the most. The ones just know wouldn’t do anything to harm you. It’s those people that will try to ruin your business. They’ll try to get you fired. They’ll try to destroy your family. They’ll compliment your family in one breath, and then be all in ya spouse DM the next. These the same type of people that will talk bad about you while they liking your pictures on Facebook. I’m here to tell you be careful around these people…because they will stab you in the back. David displayed several reasons why people will stab you in the back.

Samuel 11:2-16
2 One evening David got up from his bed and walked around on the roof of the palace. From the roof he saw a woman bathing. The woman was very beautiful, 3 and David sent someone to find out about her. The man said, “She is Bathsheba, the daughter of Eliam and the wife of Uriah the Hittite.” 4 Then David sent messengers to get her. She came to him, and he slept with her. (Now she was purifying herself from her monthly uncleanness.) Then she went back home. 5 The woman conceived and sent word to David, saying, “I am pregnant.”
6 So David sent this word to Joab: “Send me Uriah the Hittite.” And Joab sent him to David. 7 When Uriah came to him, David asked him how Joab was, how the soldiers were and how the war was going. 8 Then David said to Uriah, “Go down to your house and wash your feet.” So Uriah left the palace, and a gift from the king was sent after him. 9 But Uriah slept at the entrance to the palace with all his master’s servants and did not go down to his house.
10 David was told, “Uriah did not go home.” So he asked Uriah, “Haven’t you just come from a military campaign? Why didn’t you go home?”
11 Uriah said to David, “The ark and Israel and Judah are staying in tents,[a] and my commander Joab and my lord’s men are camped in the open country. How could I go to my house to eat and drink and make love to my wife? As surely as you live, I will not do such a thing!”
12 Then David said to him, “Stay here one more day, and tomorrow I will send you back.” So Uriah remained in Jerusalem that day and the next.13 At David’s invitation, he ate and drank with him, and David made him drunk. But in the evening Uriah went out to sleep on his mat among his master’s servants; he did not go home.
14 In the morning David wrote a letter to Joab and sent it with Uriah.15 In it he wrote, “Put Uriah out in front where the fighting is fiercest. Then withdraw from him so he will be struck down and die.”
16 So while Joab had the city under siege, he put Uriah at a place where he knew the strongest defenders were. 17 When the men of the city came out and fought against Joab, some of the men in David’s army fell; moreover, Uriah the Hittite died.

Point #1: They want what you have.
Verses 2-5…
David wanted what he couldn’t have. Lust and greed kicked in for David. He already had multiple wives but after seeing her, he had to have her. He even did his research too…found out who her people was and even after realizing her husband was fighting for him, rather than appreciate that, he used it as an opportunity to be a backstabber.

Usually, when people want what you have, its because they aren’t satisfied with what they have. Sometimes its just greed. They want more. They want your job, your car, your spouse, your family instead of molding and appreciating what they already have. I can tell you now that those who want what you have will eventually begin to take action to get those things. If that’s you right now and you find yourself being envious of some of the things other people have…check yourself. You might be a backstabber. What God has for them is for them…what he has for you is for you.

Point #2: They Will Set You Up
Verses 6-13…
David was cold and selfish and that’s how people tend to be when they are being deceitful. They try to manipulate you. He set him up 2 different times to try and get him to have sex with his wife so he would think it was his baby. Did I mention backstabbers don’t care about what happens to you? Let’s say Uriah did go and sleep with Bathsheba. He put her in a position to have to lie to her husband about his baby.

Backstabbers will set you up so they won’t be fully responsible for your downfall. They want to make it seem like they didn’t do it, really so they won’t have to deal with the guilt that comes from those actions. Look for things that are out of the norm…things that don’t quite seem right, especially when they coming from certain people…cause it just might be a trap. If you out here setting traps and making people stumble for your own benefit, you need to check yourself because, you my friend, could be a backstabber.

Point #3: They Can Kill You
Verses 14-16…
Man…David had this man killed because of his own greed and lust. He wanted something he wasn’t supposed to have and set traps to get it. He even killed a man for it. More importantly, Uriah delivered his own death certificate and didn’t even know it. What if Uriah had read the letter on his way back to Joab? Hmm…

Brothers and Sisters, and the end of the day, pay attention to what’s going on around you and who is doing what. If you’re around people that are envious of what you have instead of happy about how you’ve been blessed, they can set traps for you and even try to kill you. Dig that…I call it Backstabbers.

[…] Read the entire article about Backstabbers at moserious.com […]